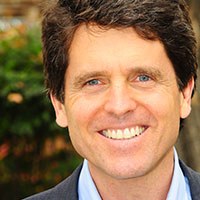 Mark K. Shriveris the president of Don Bosco Cristo Rey High School and the former president of Save the Children Action Network in Washington, D.C. Shriver created the Choice Program and is a former Maryland state legislator. His New York Times and Washington Post bestselling memoir, A Good Man: Rediscovering My Father, Sargent Shriver, was published in June 2012 and received a 2013 Christopher Award. Shriver lives with his wife, Jeanne, and their three children, Molly, Tommy and Emma, in Maryland.

“In these tumultuous times, I’m hoping 10 Hidden Heroes will appeal to parents who are looking to inspire and uplift their children by highlighting all the good deeds that go on in our local communities. While this is meant to be an entertaining, seek-and-find book for children to help them to count, I wanted to create something that would help parents engage in conversation and discussion on such topics as service, friendship, leadership, race, volunteerism, religion, and camaraderie, while joining in on the fun of finding the heroes hidden in the scenes on each page. Ultimately, I wanted to create a book so that children and adults know that there are hidden heroes everywhere, including within them.”

A graduate of York University for Fine Art and Sheridan College for Illustration, Laura creates lighthearted and whimsical illustrations for children’s books and magazines, and various children’s puzzles and toys. Laura works happily in a vine-covered converted garage in the backyard, occasionally interrupted by baby raccoons wandering across the skylight.